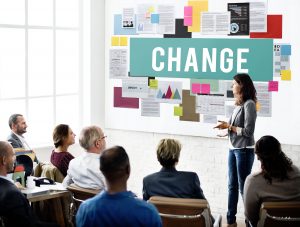 “Management in particular, is not about the preservation of the status quo.  It is about sustaining the highest level of change that the organisation and the people within it can stand.”  John Harvey-Jones, Making it Happen 1988.

When I first read this  comment when Making it Happen was first published, I saw it is a clear challenge from an inspirational leader to the majority of the management population who felt most comfortable when the status quo was preserved.  It was written to shake managers out of their complacency and to radically rethink their role in managing change.

Over the years since this was first written the world has moved on significantly.  Most managers in organisations would no longer see the preservation of the status quo as being the source of personal security but would understand that delivering real change and improvement is vital to the future of their organisation.

There is a danger however that we accept that change is vital but still spend the majority of thinking and resources on managing the status quo.  If we are to deliver “the highest level of change that the organisation and the people within it can stand” we need to have our leadership antennae tuned to proactively spotting the opportunities for real improvement rather than waiting until someone else forces us to respond.  We also need to build the change management capability in our organisations that makes the involvement of employees in the improvement process a natural occurence.  Only in this way can we sustain the highest level of change and deliver real results from real improvement.

View all posts by Hartswood Management